Nashville, TN – The Tennessee Highway Patrol (THP) is reminding all Tennesseans to make safe choices when traveling on Tennessee roadways this Labor Day weekend. The Tennessee Highway Patrol, along with various other agencies, will be patrolling the roads to ensure a safe holiday weekend. THP Labor Day enforcement will began Friday, September 4th, at 6:00pm and end Tuesday, September 8th, at 5:59am.

“With the beautiful weather expected this weekend, we could see more drivers on the road,” said Colonel Dereck R. Stewart. “I have challenged THP Captains to utilize a variety of specialized enforcement strategies, including distracted driving, commercial vehicle safety, move over and seat belt enforcement.  Additionally, our priority is to remove impaired drivers from the roads.” 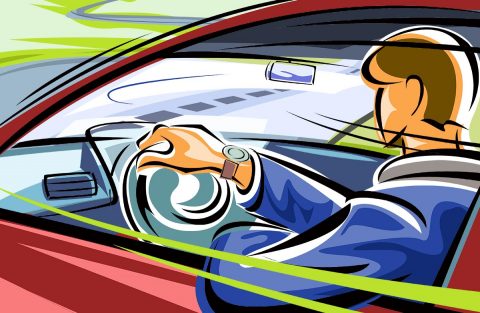 Arrive at Your Destination Safely this Labor Day Weekend.

During the 2019 Labor Day holiday, 12 people were killed in 11 fatal crashes on Tennessee roadways.

That’s a decrease from the 17 vehicular fatalities in 2018.  Last year, alcohol was involved in six of the fatalities, and three of the seven vehicle occupants killed were not wearing safety restraints.

Preliminary figures indicate there have been 3,744 crashes involving alcohol-impaired drivers in Tennessee from January 1st through September 1st, 2020. That is 54 fewer crashes than the 3,798 crashes during those same dates in 2019.

Seat belt usage is another contributing factor in fatal crashes.  Currently, 245 people have been killed in Tennessee as a result of not wearing their seat belt.  The THP vigorously enforces the seat belt law and has issued citations to 14,363 individuals not wearing seat belts this year. THP has arrested 3,412 people for DUIs this year.

“As we celebrate the hard work we as Americans do each day this Labor Day weekend, help us keep Tennessee roads safe for everyone. Choose to make  the safety of you, your family and everyone around you your top priority by making responsible driving choices,” Colonel Stewart said.

The Tennessee Department of Safety and Homeland Security’s mission is to serve, secure, and protect the people of Tennessee.