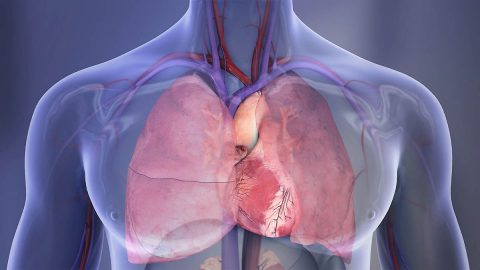 Former NFL athletes had lower risk factors for cardiovascular disease, including type 2 diabetes and high blood pressure, and had lower resting heart rates compared to the control group, yet the incidence of atrial fibrillation was still higher. (American Heart Association)

Atrial fibrillation, a type of irregular heartbeat that increases stroke risk, occurs when the electrical impulses that initiate each heartbeat fire erratically, causing the atria – the top chambers of the heart – to quiver.

This can result in blood pooling and clotting in the atria. The clots can travel to a blood vessel leading to the brain and cause a stroke.

Previous studies have linked long-term participation in endurance sports, such as marathon running, with an increased risk of atrial fibrillation. This is the first study that associated an elite sport that requires muscle strength to a greater likelihood of having atrial fibrillation, according to the study authors.

“Although the study was observational, which means it identifies a relationship but does not prove cause and effect, the prolonged strength training involved in American football may increase heart chamber size and wall thickness, which can alter heart rhythms and electrical signals in the heart,” said lead study author Dermot Phelan, MD, PhD, director of the Sports Cardiology Center at the Cleveland Clinic in Cleveland, Ohio.

Researchers compared 460 former National Football League players to 925 men from the Dallas Heart Study. Both groups were middle-aged and about half in each group were African American.

“Most former NFL athletes with AFib were unaware of any symptoms and yet should have been taking blood thinners to prevent stroke, highlighting the importance of being vigilant and intermittently checking for AFib in this group,” said Phelan.

[320left]“For the majority of people, the benefits of both aerobic exercise, such as walking and strength training, such as working with weights, is strongly linked to a healthier heart, and this study should not discourage people from being physically active. Mild to moderate exercise reduces the risk of atrial fibrillation for most people,” Phelan stated.

Author disclosures are on the manuscript.

Funding: The National Center for Advancing Translational Science, National Institutes of Health and in part by the National Football League in association with the NFL Players Care Foundation Healthy Body and Mind Screening Program.